So I’ve been reading Conan. Not the talk show host. The barbarian. It’s part of my exploration of pulp culture of the 20th century. I want to know how the exploitation of emotions by commercial art works. But along the way, I became interested in Robert E. Howard.

Howard had depths to him, which commercial considerations forced him to coat with a layer of schlock. Most people who try to be writers have something they want to say or some issue to work out. This doesn’t make them good writers, but it makes them people worth knowing regardless. Even a hack writer is a writer, who for some reason chose to write instead of selling life insurance or something.

So I have read the Conan stories by Howard. Not the additions by later authors. I don’t know if the other were true to the vision, and I don’t care. I only care about Conan because I care about where he came from.

Let me tell you why you should care. There is far more going on here than meets the eye. Ursula LeGuin wasn’t entirely wrong when she mocked the fans of “Belch the Barbarian” but she did miss the point.

And let’s get this out of the way: I see no dividing line between serious literature and popular exploitative fiction. It’s a continuum, from highbrow through fifty shades of middlebrow to lowbrow. You can draw the line anywhere you please, or – like me – just not bother drawing a line. Literature is whatever works. Full stop.

Howard hit upon Conan at the end of a long process of experimenting. He was preceded by more psychologically deep protagonists, which Howard moved away from. Conan is what he is by design. Frankly, I find Solomon Kane more interesting as a character than Conan. But still I like the Conan stories, and Kane wouldn’t work in them. Conan is what works. But why does he work?

The first clue to Conan’s function is to notice what he does not do. He does not reflect, except fairly late in his life, and even then not much. He does not espouse a systematic philosophy. Although he destroys many specific manifestations of evil, he does not change his world in any fundamental way. If you want the protagonist to do any of these things, you are not the target market.

So what does he do? The usual theory is that he serves as a wish-fulfillment fantasy for young men who feel powerless in a cruel world. Undeniably this is part of his appeal. It explains why he’s so shallow and so competent at the same time. You can identify with Conan without having to think too hard or too deeply. As far as this goes, LeGuin had a point.

But that can’t be all of it. First off, he’s never written in the first person, and often isn’t the point-of-view character. Sometimes he isn’t even the main protagonist.

Secondly, Howard was not a shallow man. He thought and felt deeply. He actually disliked many of the pulp conventions he submitted to for commercial reasons. All the sexual innuendo? Not his idea, although I have a feeling he didn’t find it that hard to reconcile himself to that. Those repetitive monster fights? Curious how they tend to be peripheral to the plot, as if added grudgingly. If Conan were pure, unadulterated pandering, Howard could not have endured writing so much Conan material. There has to be something about Conan that helped his own author to stomach him.

After I had read enough Conan stories, trying to puzzle out why I enjoyed them despite Conan, it came to me: it’s the setting. The world of the Hyborian age. Its cultures, its politics – all so very human. It was not as alien as its seemed. The Hyborian continuity is our world, seen from a different angle.

And Conan is the tour guide. He is the perfect tour guide, because he shows us the facts while letting us form our own opinions. He does not transcend or change his world because that’s not his function. But by following him, we see the world. Not simply through his eyes. He’s not a first person narrator because he’s too limited in insight. We see over his shoulder, like a third person game, and we see him in context as part of the world. He is a focus, but not a tight focus. The camera view is wide angle.

He has few thoughts because that would distract. Everything he reveals, he reveals through action – what he does, what is done to him. He does not learn, but the reader does learn.

This is why he travels throughout his world. His motive is barely adequate – he wants to have adventures. But the real reason is the author’s reason: Howard is using Conan to show us all the nooks and crannies of this parallel world. And by way of this world, Howard is commenting on our world. The peoples and nations are, the conceit is, ancestors of those in our times. Functionally, they are stand-ins. The conniving politicians and wizards (technocrats) and the various lowlifes and occasional idealist all match types we see in our reality. I don’t want to give spoilers, but there is social commentary aplenty. At times Howard comes close to an author tract (“Red Nails” and “Beyond the Black River”) via compelling images and action.

This is what serious fiction is all about. This is what Howard’s Conan’s stories are all about, whether you consider them serious fiction or not. They show us the human world and human nature from a different angle, to get past our self defenses and trick us into self awareness. While we look at Conan, Conan is looking at us. 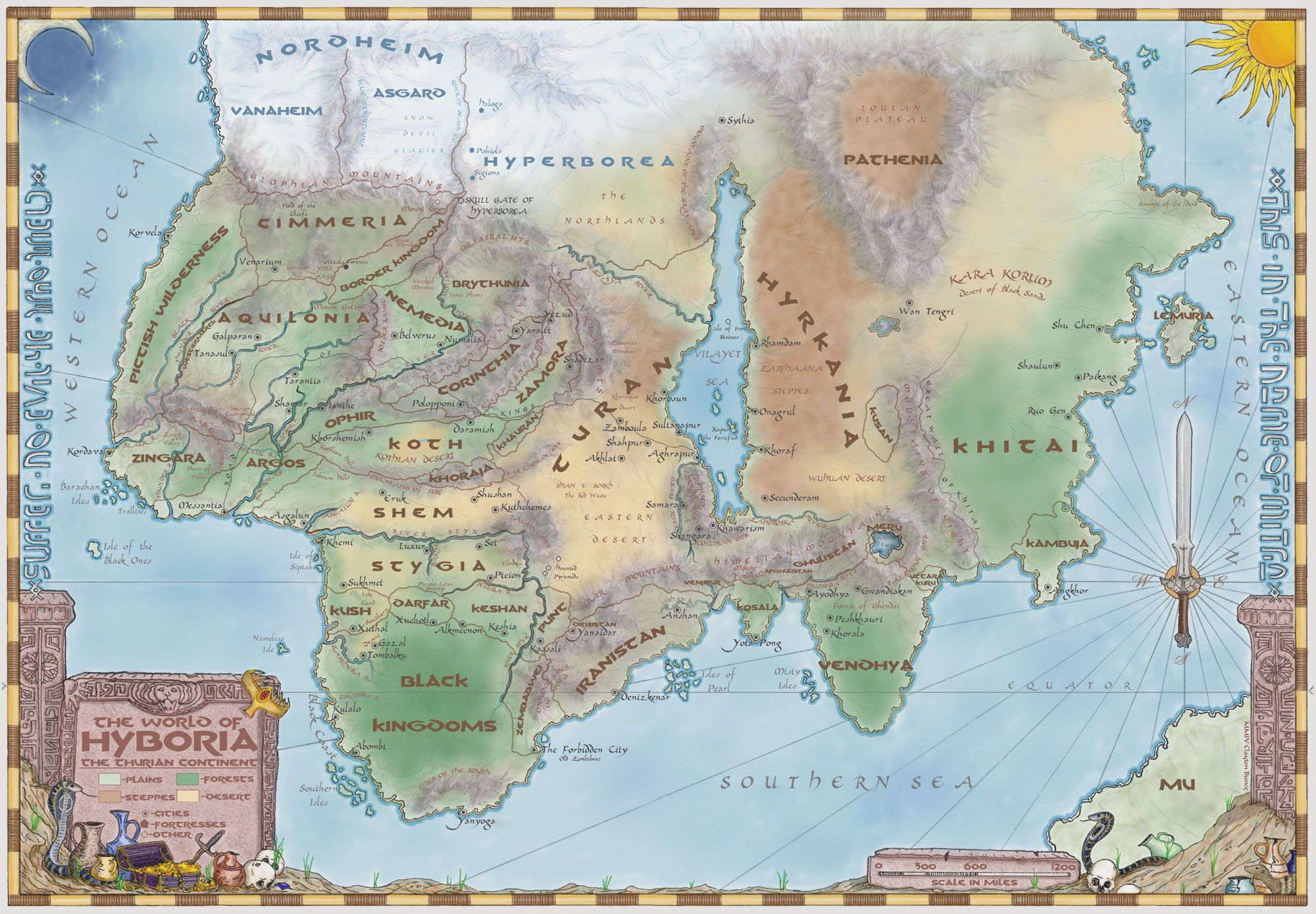 Tell them what you are going to tell them.

Have you ever danced with the devil, in the pale moonlight?

taking the most charitable view of those who disagree

"This is bullshit" and other insightful thoughts and opinions.

Gastradamus is my name, and Gassy Topics are my game!

Group of stupendous Brand evangelists bringing together the most extraordinary, remarkable and phenomenal people, ideas, blogs, research reports , communities shared around the world to the people unknown.

A daily selection of the best content published on WordPress, collected for you by humans who love to read.

The Art and Craft of Blogging

The latest news on WordPress.com and the WordPress community.